Värdeguiden, was first developed as our own product in cooperation with ValueGuard and their data. Then before we released it, the Swedish bank SBAB heard about it, contacted us and wanted to use it.
So they did, unit the end of 2015, when we both decided to develop further on separately. SBAB’s IT-department wanted to leave native iOS for the use of HTML instead.

Värdeguiden gives you value indication of houses and apartments in Sweden. The user can take a price at which address they want, whether it’s their dream house, their own residence or as preparation before they sell.

Our vision was to simplify and clarify the process of valuation, to make it simple, intuitive and fast, and enjoying.

My work in short:

THE WORK IN MORE DETAIL

STRATEGY AND CREATIVE PROCESS
First of all we figured out which functions to have in the app and made upp user stories to get to the core functions of the app. We wanted this data to be presented in a visual appealing way, and make the process as simple as possible. This also meant we had to to make a hard selection of which data to use and present for the user. 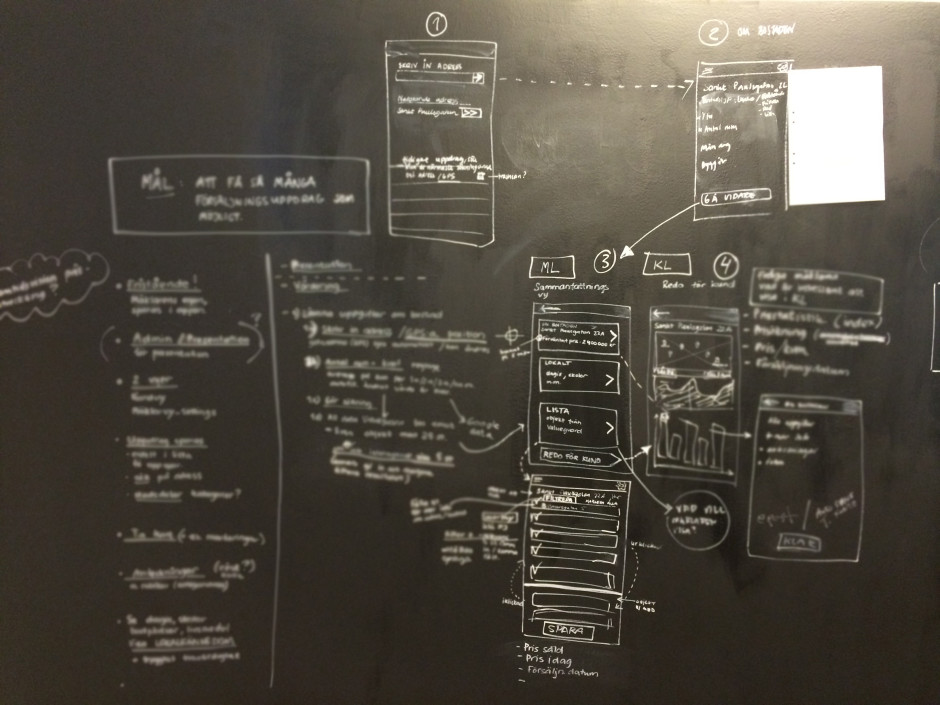 DESIGN PROCESS
After we decided which functions to use, I started off wireframing the product, and then made a visual prototype. We talked about the movie “Castle in the Sky” from the fantastic animator Hayao Miyazaki, and wanted the estate to ber represented in the sky to create the right feeling. 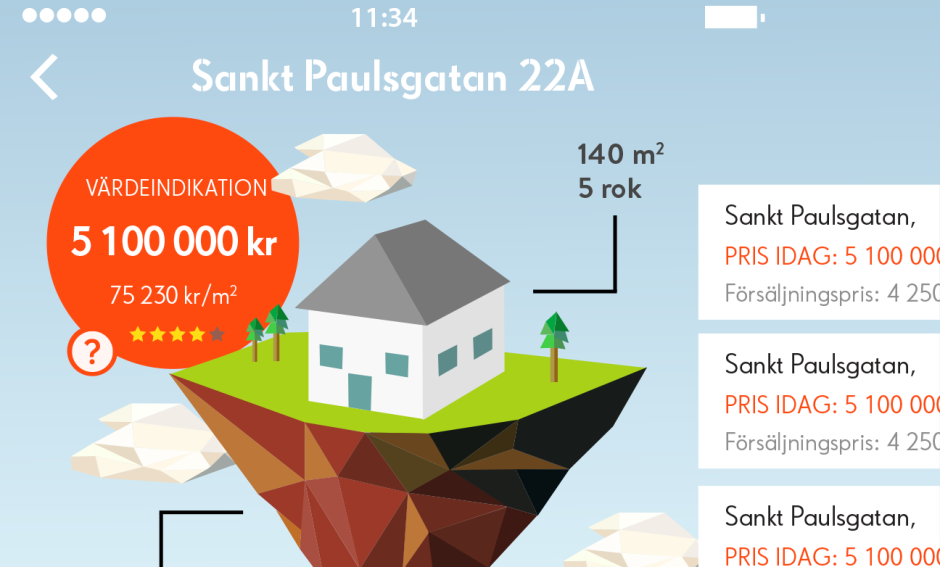 PUTTING IT TO THE TEST

We also performed user testing of the product before the release.

RELEASE
When we released the product the app totally crashed after a day… neither SBAB nor we were prepared for the popularity of the product. It turned out that we hade to many calls to the Google API. 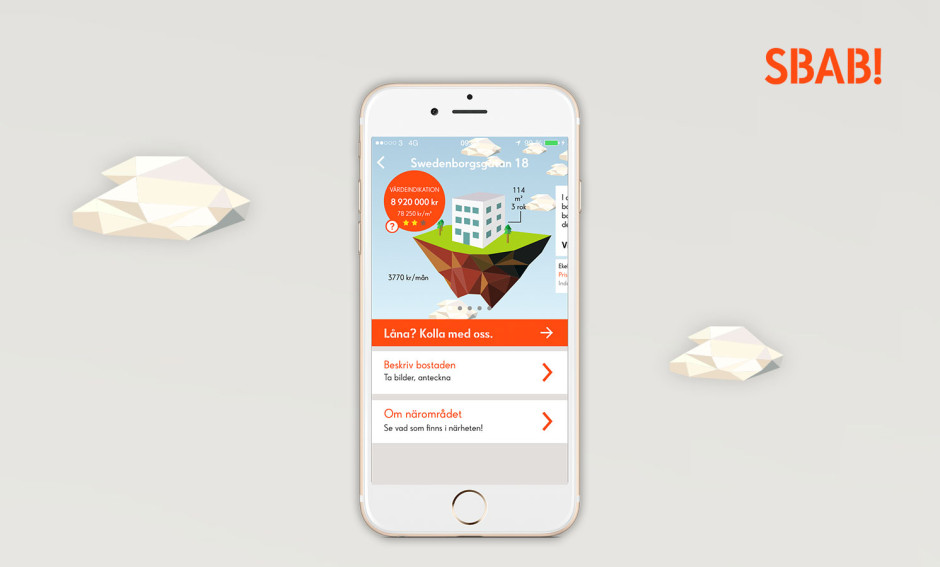 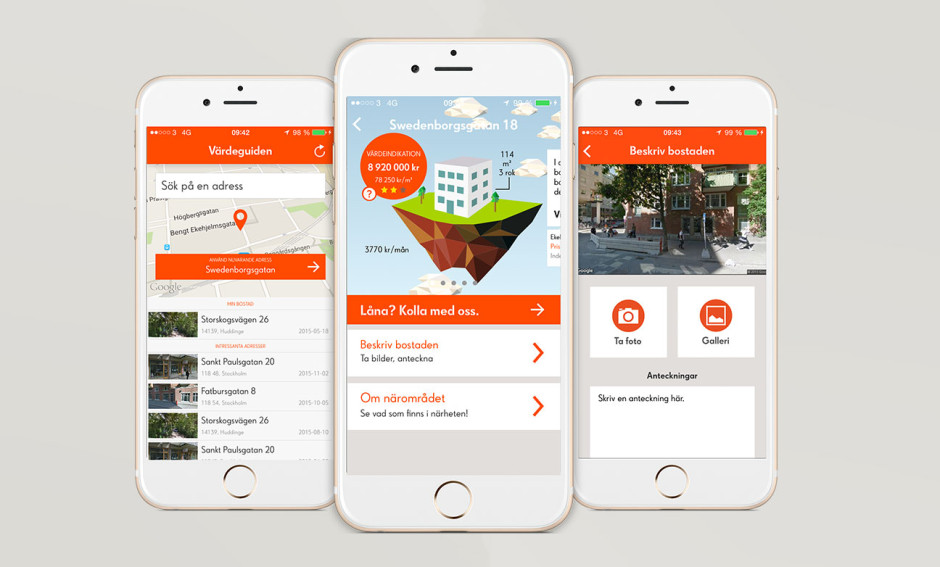